Good morning folks! Today I am pleased to present my review of a book that is not a Fantasy or Romance novel but gained my interest nonetheless. I have agreed to post my unbiased, unsolicited and unpaid review as a stop on Ms. Poikilos’ Virtual Book Tour.

Anya Michaels is having the time of her life. She has the man of her dreams by her

side. She has graduated at the top of her class. She has the job others were lining up for. Between late night drinks at her favourite bar and fancy dinners at the most expensive restaurants, shehas a string of adoring friends. Everything changes when she hears the dreaded words, “You are sick.”

Being diagnosed with a rare neurological disorder, her world starts to fall apart, one piece at

a time. Now dumped, her four year relationship is nothing but a memory filled with pictures,

thoughts and a very broken heart. Her job becomes an even further challenge as she tries to hideher condition. Her friends suddenly have more important things to do, what is a party without a party girl? Perfect could not crumble any faster.

Soon, caught between situations, people and pieces of life that she never dreamed of planning forherself, Anya begins to wonder if her brain condition is all that bad. As she absorbs the changesin her life and realization sets in, she begins to wonder if she is the only one saying: Excuse Me,My Brains Have Stepped Out.

Excuse Me, My Brains Have Stepped Out is an in-depth look into the dynamics of the human relationship as seen through the eyes of a woman dealing with a rare neurological disorder. Through letters written to a father long dead, she reveals her experiences with fair-weather friends and the family members and lovers who abuse and abandon her as she copes with her diagnosis, brain surgery and recovery. She covers the almost daily hypocrisies and instances of blatant stupidity of the human experience, often wondering if it is actually she who has the brain disease and not the rest of society, while emphasizing the importance of hope, inner strength and perseverance. This is very deep and heavy reading and although you can easily get through this book in one sitting it can be overwhelming if you try. But as with a thick rich piece of double fudge devil’s food cake, why wolf it down when you can savor the experience a bit at a time? Anya’s views are almost philosophical in nature and will have you nodding along as you think back to your own experiences in life. 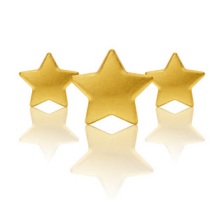 Pandora Poikilos – Excuse Me, My Brains Have Stepped Out – Virtual Book Tour

International best-selling author, Pandora Poikilos has been writing for more than 10 years for various
media which include newspapers, radio, television and various websites.
Diagnosed in 2003 with a rare neurological disorder, Benign Intracrannial Hypertension, she has since
undergone brain surgery to have a VP Shunt fitted in her brain. Her debut novel – Excuse Me, My Brains
Have Stepped Out was written when recovering from this surgery.
She is also the founder of Orangeberry Book Tours, a marketing and public relations site for authors
which reaches out to readers of all genres. A social media enthusiast who is passionate about blogging
and finding her way around the virtual world, she wills away time in the real world by reading, writing
and people watching.
Twitter: @PandoraPoikilos
Website: moonstarluxury.com
Goodreads: http://www.goodreads.com/author/show/4715901.Pandora_Poikilos
BUY LINKS
http://www.amazon.com/dp/B006FOTWUO

Today’s tour stop brings us the first review of Heroes and Hearts at My Pathway to Books. Let’s hope I won’t be ending the day curled up in a corner drinking a bottle of wine through a crazy straw 😉

Welcome to the first day of my virtual tour! For the next four weeks you will be treated to many blogs reviewing Heroes and Hearts, interviewing yours truly, and hosting contests with some great prizes including Amazon gift cards, free copies of my ebook and some Heroes and Hearts swag with official cover art. First up, a meet and greet hosted by Reading Addiction Blog Tours.