Today we head to the Old West in Johanna Lindsey’s Angel.

Cassie Stewart is a professional meddler. Having caused havoc at her childhood home of Wyoming she heads down to visit her estranged father’s ranch in Texas where she manages to make a feud between two families even worst when she convinces the daughter of one family to fall in love and marry the son of the other family. However, unlike the famous Romeo and Juliet, the two star-crossed lovers don’t commit suicide together but get yanked apart by their respective families before turning their venom on Cassie and give her a deadline to get out of town or face her very own Texas BBQ.

Break out the weiners, ma!

With her father out of town and the mother who usually cleans up her messes still in Wyoming, Cassie doesn’t know what to do except she has a strong desire to finish what she started for once and sends for a man known as the Peacemaker. Unfortunately, the Peacemaker gets badly injured in the line of peacekeeping and sends a man who owes him a favor in his stead. This man is the tall dark and silent gunslinger known throughout the West as the Angel of Death! After Cassie gets over her initial terror she tries throwing her weight around and ordering him to leave first because she tells him the problem he came for was already solved and then because his presence will only make things worst. Angel won’t budge and over the coming weeks Cassie gets to know the man behind the legend and finds him to be warm, sweet and sexy while he comes to the realization that the woman who drives him absolutely insane has also managed to steal his heart.

Angel is action packed with likable characters and tame but sweet love scenes. I’m not crazy about the meddling empty headed heroine often portrayed in romance novels (it’s my biggest peeve about Jane Austen’s Emma) but Cassie’s ability to defend herself and her loyalty to her family and friends compensates for any irritability I felt about the character. Angel reminded me of a cross between Clint Eastwood and Lee Van Cleef so I couldn’t picture him being attractive or sexy but the man’s sense of honor and his restraint not to kill as many challengers as he could have earned my respect for him so I was glad to read their HEA. There’s also a pretty cool little twist at the end but I’ll leave that for you to discover.

All in all it was a nice enjoyable read that has put me in the mood to hunt down more Romance Westerns:) PS look out romance fans, this book was published in 1992 so we’ve got a few turgid things puckering throughout the story.

And now a quick update. To celebrate the launch of Descendants of Quendaris, my first book Heroes and Hearts will now be FREE for a limited time! Witness Isabel’s rise to greatness and her smoldering love affair with the Prince of Calfragor before journeying with the couple as they join forces with Queen Valeska and King Iskander save our worlds from the forces of evil! 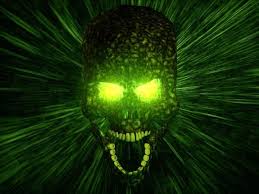